Grapeshade is dedicated to expanding the relationship between music/sound, dance/movement improvisation, dedicated to a form of communication which avoids the concreteness. with this it opens spaces to imagination and interpretation in order to work against a populistic way of explanation. simpler: grapeshade wants to explore the field in between black and white, good and bad, rich and poor and millions of other examples of polarization. Based in Berlin, started exploring the small alternative spaces in the city in 2009, among those are Sowieso, Ausland, Farbfernseher, Das Hotel, Miss Hecker, Exploratorium, Quite Cue, Wendel, Galerie Mazzoli, LaborGras, shared continuously their work with the music and dance followers in informal settings making most of their gatherings public, developed further interest for site specific performances and started touring, performed in a natural cave, billiard hall, old water tower, on stage at Radial System V, outdoors at Tempelhof, also at the Elias Canetti Center and the Watertower Festival in Bulgaria in July 2011 with support from the Goethe Institut.

The Nàrwal is •
• a story told in a few steps of an almost mythical animal. The spiraled tooth that grows out of it’s forefront into the air, is a sensory organ. Moving in big ponds through the cold waters of the arctic, it uses echolocation and other senses, diving at great depths.
• a multimedia performance that tries to stimulate new perceptions through the use of non-conventional interaction between different sensory realms. An experiment to enhance our awareness of the soundscapes around us. New repertoire for the Nàrwal is prepared at slow pace, collecting short compositions that use different sensors. Every time we denounce how we use a sensor to capture data from the world, we also announce how we see ourselves detached from it (borrowing from a concept by brazilian educator and philosopher, Paulo Freire).
• a pocket-concert, to be presented in a small room with a quadraphonic system — four boxes arranged around the public — and projections on the ceiling. Music-videos tie in the compact repertoire, where sensors and different gestural control interfaces for the real-time electronics help to expand sounds from daily objects and situations. 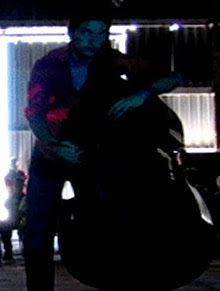 studied classical doublebass with M. Muraro, Venice and has taken workshops with Dave Holland, Peter Kowald and Butch Morris. His work has explored avantgarde music and sound research with the double bass and later on the combination between the double bass and electronics. He is involved in the improvised music scene as well as playing much traditional and electronic music. His recordings are released by published CD FMP, edel classics, Minor Music, Solponticello, Ubiquity and others. He composes music for cinema, theater and dance theater and has undertaken art direction for various concert series in Italy and Germany. He has played concerts and at festival in Europe, USA, Israel and Russia. 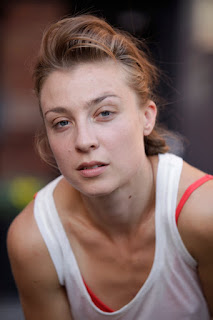 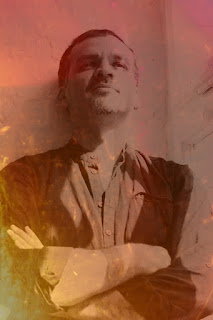 (b.1970, Petrópolis, Brazil) is a contemporary music composer currently based in Berlin, Germany. He completed his formal music education at Universidade Federal do Rio de Janeiro (UFRJ), and studied composition with Hans-Joachim Koellreutter (b.1915, Germany - d.2005, Brazil). Attended composition classes with composers such as Rodrigo Cicchelli Velloso, Rodolfo Caesar, Vania Dantas Leite and Francisco López. His work has been performed by artists such as ICE — International Contemporary Ensemble, ABSTRAI Ensemble, soprano Gabriela Geluda and soprano Frauke Aulbert, among others. Recently he had a prémiere at the Internationale Ferienkurse für Neue Musik (Darmstadt) and a commission by Rio de Janeiro’s Secretary of Culture. His music is primarily focused on organically integrating performers and real-time electronics, freely fluctuating between improvisation and controlled material, with a special emphasis on multimedia realizations. Alongside with his compositional activities, he has experience with music education at all levels and has lectured on themes such as Composition as a strategy for Music Education, Digital Sound Synthesis and Max/MSP. Currently develops his research at UNIRIO and Universität der Künste (UdK-Berlin), for a Doctorate in Composition. 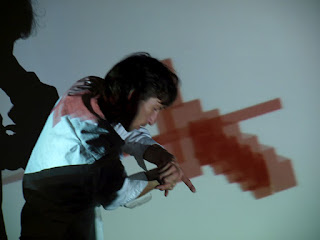 studied dance in New York and Berlin before his choreography studies in the college of the arts "Ernst Busch". He works as a freelance dancer and choreographer and developed the pieces "distans 1:02" ( HAU 3 ) in collaboration with the dramaturge A. Hardegen, "diminuendo 2" in collaboration with Zufit Simon (this production wins the first price in the VorOrt-festival in Muenster), "winterreisen", "unsere tage wie schatten", "2109", "sender weimar" in collaboration with Lukas Matthaei. He has led the dance department at the college of arts “Ernst Busch” since 2006, is artistic leader for the "Dance Media Academy" at Kunstfest Weimar in 2008, and is part of the directory board of the Hochschuluebergreifende centre of dance in Berlin. 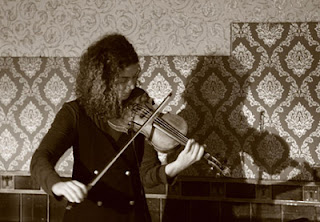 studied classical violin and during her college years she started her involvement with the contemporary and improvised music scene. A risk taker approaching contemporary classical repertoire with the same inspiration and freedom characteristic of her forceful improvisations. She is involved in interaction with dancers, improvisers, composers, visual artists and others eager to search into the unknown, among those Frances-Marie Uitti, Matthias Bauer, Chiyoko Szlavnics, Robin Hayward, Michael Thieke, Axel Dörner, Louise Wagner. collaborates with Solistenensemble Kaleidoskop, the Splitter Orchestra, Ensemble Modern, Insomnio, Mozaik, Das Neue Ensemble Hannover, MusikFabrik, Sasha Waltz & Guests, Oper Dynamo West. She has appeared in festivals and concert series in Europe, USA and Japan.