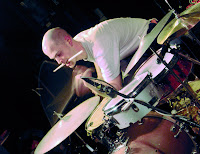 After moving from western Massachusetts, USA to Manchester, England in 2005 and then Edinburgh, Scotland a year later, Corsano focused on developing an expanded solo percussion music of his own, incorporating sax reeds, violin strings and bows, pot lids, adhesive tape and other household devices into his drumkit. In February 2006, he released his first solo recording, The Young Cricketer, and toured the UK opening for the mighty acoustic guitarist Jack Rose. In 2007 and '08 he's been drumming on Björk's Volta world tour as well as continuing his own projects.

"Corsano, despite being arguably the most riotosly energetic and creative drummer in contemporary free jazz, does far more than merely bash his kit into submission. Playing loud does not mean abandoning subtlety, and Corsano's sudden shifts of texture and dynamics are a wonder to behold." - Dan Warburton, The Wire (April 2006) 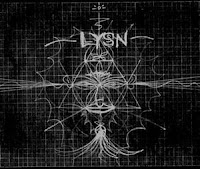 and films from Erica Stanger