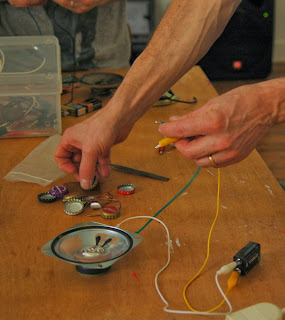 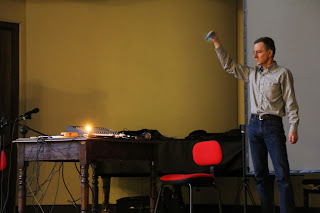 Originally from New York, Nicolas Collins lived in Amsterdam and Berlin in the 1990s before joining the Department of Sound at the School of the Art Institute of Chicago. An early adopter of microcomputers for live performance, Collins also makes use of electronic circuitry, conventional acoustic instruments, and hybrid electro-acoustic instruments. He is editor-in-chief of the Leonardo Music Journal, and his book, Handmade Electronic Music – The Art of Hardware Hacking (Routledge), has influenced emerging electronic music worldwide. Collins has the dubious distinction of having played at both CBGB and the Concertgebouw. 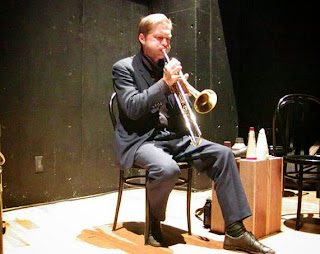 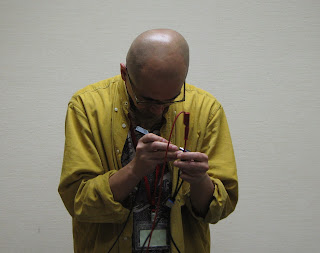 Sukandar Kartadinata crafts modern musical instruments made from code and microchips rather than wood or brass. His designs are usually custom-made depending on the specific needs of individual musicians or media artists. Kartadinata studied computer science at FH Karlsruhe, but developed most of his skills while working at the music technology institutions ZKM, STEIM, and CNMAT, as well as the Topophonien project. From the latter he derived his interest in spatialization, applied for example in the Neo-Bechstein duo or more recently to his amplified guitar case. His main focus though is on interfacing between real and virtual domains, typically via sensors and associated technology. Where projects allow he strives for embedded solutions, to imbue his instruments with a stronger identity untethered from the typical tangle of assorted gear. In his musical practice Kartadinata combines the above with his electric guitar playing where the emphasis is on improvisation and extended playing techniques, being rooted in the Berlin echtzeitmusik community. His guitar is a rare case where he actually complements modern technology with wood and brass.