IN MEMORY OF DANNY O REALLY 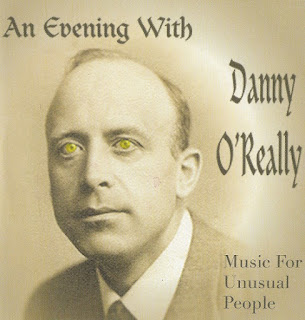 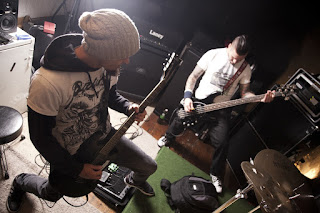 "in your face" thrash/death metal

Danny was a good friend, creative spirit, engineer and sound man. We had great times, great trips and surely we learned a lot from him. He worked with us on our debut EP 'Imprint Forever' and was also involved in the recordings of our follow up 'Asymmetric Warfare'. 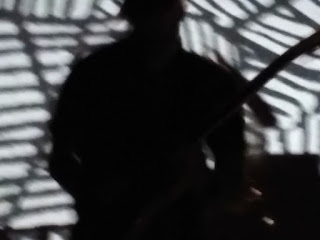 Razorblade JR is a musician, vocalist, cinephile, sound engineer, radio and club DJ, multi-instrumentalist, improviser... This is a solo project which started a long time ago as an "out-time" from many different bands and projects Razorblade JR was involved in and with. Back in the 90s, when Danny and Razorblade met, it didn't take too long for both to find out their shared interests, both being open and hungry enough for music and sound that tickled their passions. Danny started recording and doing live sound for Razorblade JR's bands "Gone Bald" and "Pink Noise Quartet". Soon after they both ended up playing in "Blisters", together with Marc Hurkmans, a band with an adventurous history, background and music. 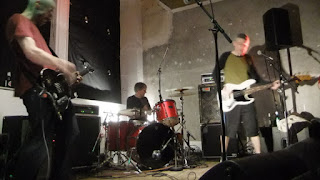 sumshapes are Ali Begbie, Richie Dempsey and Jer Reid
they last played together in 1992, in a band called dawson

Grrrt writes:
sumshapes are the kind of band I would have shared with Danny, this is their record release party of sorts and I am happy he will be there in spirit. 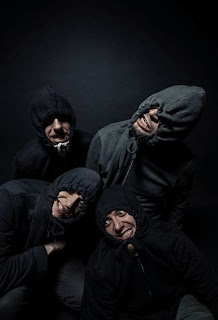 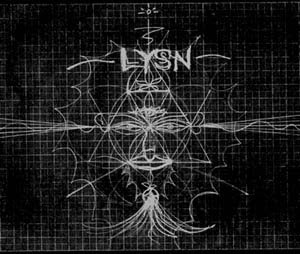 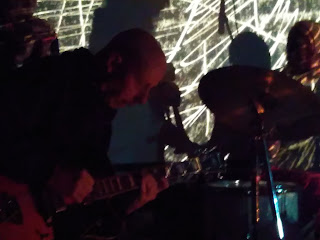 DANNY O REALLY, who passed away on 21 January 2017, was a true original with many friends and fans. He supported AUXXX from its early beginnings in Amsterdam, both morally and as a sound engineer + performer. His last live appearance was at AUXXX Berlin on Sunday 20 November 2016 when he summoned all his strength to rock out with old friends from ZAGREB.

The cremation of Danny's body including a ceremony for family and friends took place on 31 January 2017 in Berlin. Three special memorial concerts have been arranged this year in Berlin, Zagreb and Amsterdam to honour Danny's life and spirit. Details here, all are welcome. 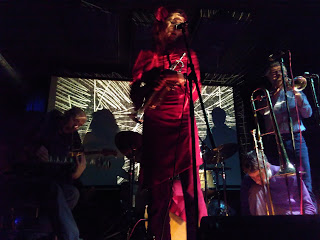 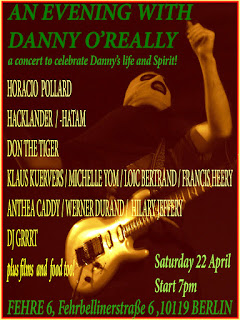