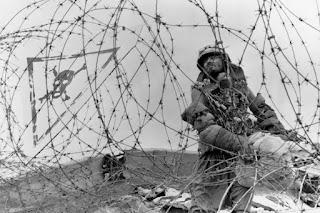 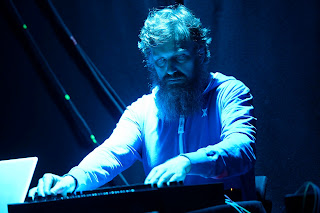 Multi-intrumentalist, composer, producer and performer Boris Hauf plays saxophones, flutes, synths, organ, various computer-based applications, cymbals, bells, rudimentary guitar and sings. He composes for large and small ensembles, performance artists, film, radio, soloists, video and installation art. More than 50 releases on vinyl, CD, tape and online. He initiated and curated the annual composition festival Chicago Sound Map in Chicago and the concert series Playdate in Berlin and lectures at the University of the Arts in Berlin. Hauf tours worldwide in a variety of bands, ensembles as well as in various performative contexts and if necessary as a solo artist. Current bands include Clark, Owl & Mack, Postmarks, Next Delusion, The Peeled Eye. As performer and composer he collaborates closely with Choreographers Christina Ciupke, Martin Nachbar, Karen Christopher and many others with in the performance context. Boris is the keyboarder/multiinstrumentalist of legendary Austrian rock band “Naked Lunch”, owns and runs the independent record label shameless and lives in Berlin, Germany. 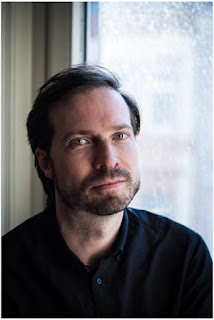 Alex studied Jazz Drums at the Frankfurter Musikwerkstatt and Musikhochschule Köln with Rainer Rumpel and Keith Copeland. Ever since he started playing the drums at the age of 10 he has always been playing his own music in bands, as a singer and drummer. He has been giving lessons for more than 20 years now and is constantly expanding his palette as a composer, musician and educator. As a sought after studio musician, he has recorded with a large number of German artists and producers, and has been part of theatrical productions both as musician and actor. As a touring musician he extensively travelled across Europe, the US and China. He is a member of the legendary Austrian band Naked Lunch for 10 years now. He lives in Hamburg and is the proud father of his son Emil.