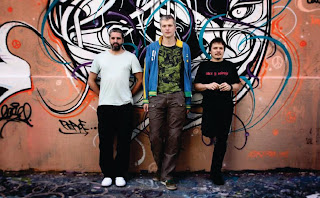 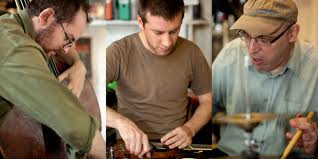 David Birchall started playing the guitar in 1994 and has continued to ever since, gigging and touring extensively with a variety of groups in the UK, France, Holland, Germany, Spain, Portugal, Czech Republic, Austria, Switzerland, Italy, Palestine and Denmark. Music he has been involved with creating has been played on BBC1, BBC Radio1, BBC 6 Music and Resonance FM. Realising a few years ago he spent most of his time trying to improvise within the musics he played whether structured or open, he has since consciously tried to locate improvisation at the core of his musical work. He has also made performances with dancers and performance artists at the Lowry Theatre in Salford, the Greenroom in Manchester and the Arnolfini Gallery in Bristol. 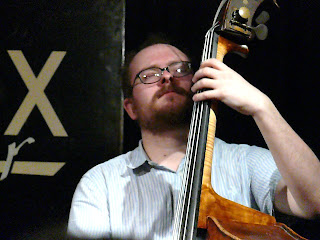 "Brice makes the entire body of his bass sing. He has the ability to deliver a fractal line that is as purposeful as any by the great jazz bassists, but to do so within an entirely abstract setting." (Brian Morton, Point of Departure). 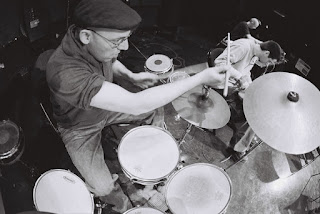 Phillip Marks has been performing and promoting improvised music in Manchester, the UK and Europe since the mid-80s. He is a founder member of Bark!, a member of the Grew Trio and has performed with Derek Bailey, Evan Parker, Phil Waschman, Marcio Mattos, Alan Tomlinson, LaDonna Smith, Mick Beck and many others.

"Mark's percussion work shapes and holds it together. His drumming drives the music along and gives it it its pulse - enough indeed for the publicity to describe it as 'James Brown meets the spirit of Modernism!' not a phrase often attributed to improvised music." (All About Jazz). 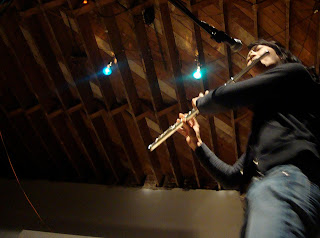 Michelle Yom is a flautist and composer known for her innovative technique, unique vocabulary, and penchant for improvising. She is dedicated to expanding the range of musical expression through extended technique, improvisation, and electro-acoustic sound environment. She received an M.A. in music from New York University in 2006 and has been creating experimental music since.

In 2009, Doggebi, a drum/flute improv duo collaboration with SPIKE the Percussionist led to the release of *Penetralia of the Moment* (Noiz Temple Records), a full length album that depicts sections of Thomas Pynchon’s *Gravity’s Rainbow*. In 2010, a residency with Labotanica led to *Back To Imagined Spaces*, an installation that explores the relationship between spirituality and human physiological perception. *What Is Now*, an audience participatory video installation that explores the malleable nature of human time perception, was exhibited at The Foundry in 2010 Art Crawl. In 2012, she received a fellowship from Houston Arts Alliance to create *Falcor*, a multi-media work fusing sound with movement.

As a collaborative performer, Yom has performed in sound series Brave New Waves, Binarium Productions, They Who Sound, Resonant Interval, and Nameless Sound, as well as with CoRE Suspension Troop, Texas Dance Improvisation Festival 2010, and Parallel Universe Art Exhibition 2011. She has also performed in Korea, France, Italy, and has extensively toured Australia and New Zealand. 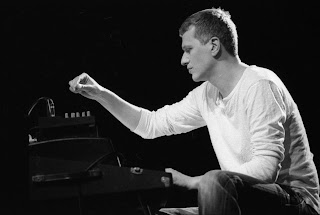 Considering his birthplace, Belgium, the place where he now lives and works, France, and Germany, where he has studied, one can say that Jozef Dumoulin is part of these young generations of european artists used to cross the frontiers. His ability to mix different musical genres is not voluntary, but perfectly natural. John Taylor’s student, he ended up doing jazz passing through the pop and jazz roundabouts of the 60s and 70s – among other musical styles.

Despite his exceptional talent as a piano player, he voluntarily swaps his piano over a fender rhodes that he fits out with a number of pedal effects. Noticed for his abilities as a composer and his research on sound, he collaborated with different bands and artists: Octurn, Magic Malik, Franck Vaillant Benzine, Dre Pallemaerts, Reggie Washington Trio Tree, Othin Spake, Narcissus Quartet, Maak’s Spirit, Aka Moon or Christophe Wallemme.

After his first album Trees are always right’s release in 2009, Jozef Dumoulin takes the plunge and embarks on a trio adventure with Trevor Dunn (Mr Bungle, Fantomas, John Zorn, Andrew D’Angelo) on bass and Eric Thielemans (Lidlboj, EARR, A Snare is a Bell, Maak’s Spirit) on drums, which gave birth to his second album Rainbow Body. In the latter, Jozef Dumoulin carries on his search for the right balance at the borders of electronic sounds, experimental music, pop and jazz. Presenting mainly Jozef Dumoulin’s compositions, Rainbow Body is a fascinating and unclassifiable album which reveals the universe of this unequalled, infinitely multifaceted musician. 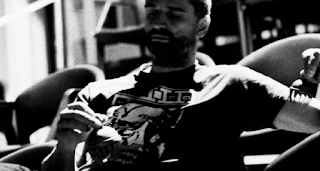 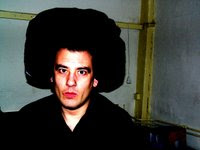