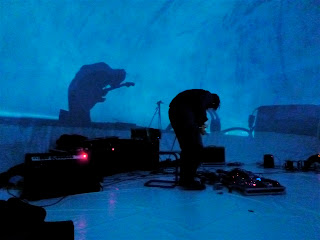 Liz Allbee plays trumpet, as well as conch, electronics and voice. Her work spans many genres, primarily encompassing improvisation, electronic composition, instrument building, noise, weird pop, and experimental rock. She is interested in proto-lingualism and the gestures, loops, and tics of communication, and in re-configuring the tools and the hands that make them.

Besides her solo work, current groups and collaborations include: 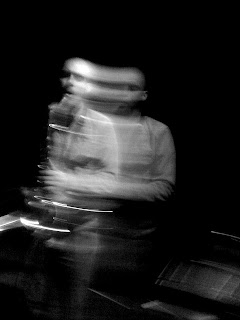 Dirar Kalash works with live performance, combining text, sound, image, video and movement. Regularly using free and open-source software in the field of real-time audio and video and image processing, he is also a multi-instrumentalist and engages in musical composition and free improvisation. His work is based on everyday life as a phenomenon, which is then subjected to live processing, composition and decomposition in order to transcend time and matter to a ritualistic live performance.

Some of his group participations include a live audio-video performance for the 2011 /si:n/ Festival of Video Art and Performance in Ramallah, and a video and sound installation for the 2011 Open Studio exhibition at the Khalil Sakakini Cultural Centre (Ramallah), in addition to an almost regular musical performances in the range of free and improvised music in Palestine and Egypt. 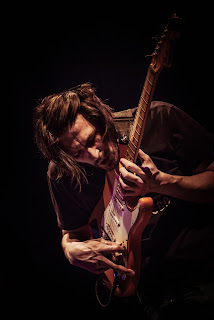 Rapahael Vanoli is a guitar player, improviser and composer based in Amsterdam. His solo music is based exclusively on electric guitar sounds which are generated live. Vanoli has a unique playing technique where he manages to exaggerate the richness of the tiniest sound particles within the instrument, making them audible in an often overwhelming fashion. By heavily boosting the volume; Vanoli's guitar turns into an extremely sensitive object on which he blows, caresses (with a feather), grazes with his lips/beard and gently hits and scratches. With his feet he controls 7 very different amplifiers (from a large powerful bass to toy-like battery mini-amps) which allows him to thoroughly explore a whole spectrum of frequencies in a very precise way.  His equipment also gives him directional control of the sound for the audience (pan control). His music takes the form of uneven telluric sound-scapes.  Highly emotional and disruptive -  much closer to a Frostian electronic universe than the preconceived landing zone of a conventional electric guitar. Although at times loud and extreme  - Vanoli’s music is especially meditative and body friendly.  It hits the soul with waves of empathy. Raphael Vanoli is half of electronic post-rock duet Knalpot and founder of noisy African space-dub band Stolpernova. He has played with musicians such as Fred Frith, Martin Brandlmayr (Radian), Luc Ex, Franz Hautzinger, Eiríkur Orri Ólafsson (Mùm, Sigur Rós), Jozef Dumoulin, Manu Delago or Louis Sclavis amongst many many others. 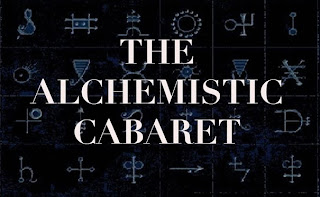 AUXXX teams up with percussionist / DJ Juergen Groezinger
for the return of the legendary Alchemistic Cabaret!