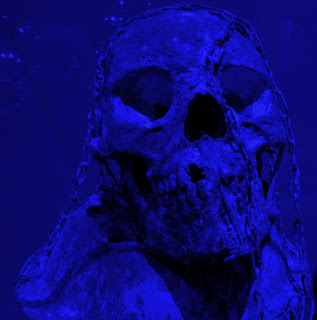 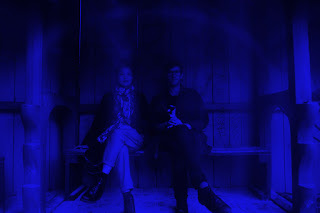 Berlin based AFTERBURNER is the new collaborative project of vocalist Audrey Chen and electronic artist Doron Sadja. Unique in a crowded field of voice and electronics duos, the pair weaves together Chen’s idiosyncratic vocal growls and chirps with Sadja’s dense synthetic atmospheres into a singular monolithic texture. Intimate, dark, chaotic and ritualistic, AFTERBURNER have created a fascinating vision of romantic noise music that is all their own. 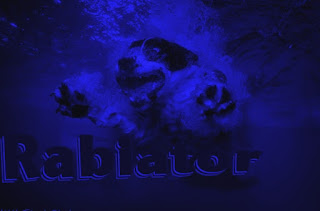 In Spring 2015 Nora Krahl and the composer Juan Felipe Waller founded this new duo for analog electronic music. In the rabiatoric world reality is limited and uncontrollable – the view through the rabid eye becomes experimental hearing. With handmade devices the duo creates an environment with unpredictable features, where creative malfunctionary circuits unite with sounding objects from another world. 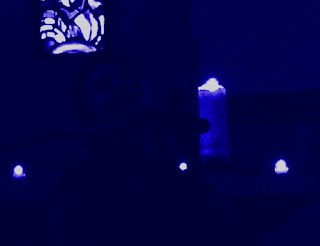 Chinese-American musician who was born into a family of material scientists,doctors and engineers, outside of Chicago in 1976. She turned to the cello at age 8 and voice at 11. After years of classical and conservatory training in both instruments, with a resulting specialization in early and new music, she parted ways again in 2003 to begin new negotiations with sound in order to discover a more individually honest aesthetic. Now, using the voice and cello, Chen’s work delves deeply into her own version of narrative and non-linear storytelling. A large component of her music is improvised and her approach to this is extremely personal and visceral. Her playing explores preparations, traditional and extended techniques in both the voice and cello. She works to join these elements into a singular ecstatic personal language. Recent projects, aside from performing solo, include her voice only duo with London based artist, Phil Minton, a duo with NYC turntablist, Maria Chavez and a collaborative project with German conceptual artist, John Bock. Since 2004, Chen has been performing across Europe, Russia, Australia, New Zealand, China, Japan, Taiwan, Brazil, Canada and the United States. She is currently based in Berlin, Germany. 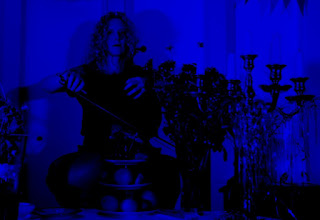 The performer and cellist for contemporary music Nora Krahl played with ensembles as Ensemble Resonanz, Ensemble Reflexion K or Zeitkratzer at festivals as Ruhrtriennale, Munich Biennal, Bang on a Can Summer Festival (NYC), ISEA or ZKM. In her work she also focuses on acoustic and electronic improvisation. She performs with the groups The Octopus (Cologne) Am Steg (Berlin) and Chromatophore (Berlin/Istanbul) and plays with musicians as Joëlle Léandre, Audrey Chen, Mark Stewart, Oguz Büyükberber or Tobias Klein. Nora Krahl works with the director Karin Beier at Hamburger Schauspielhaus. Further projects including theater and composition brought her to Columbia University New York. Nora Krahl was awarded scholarships by DAAD, Ensemble Modern, Allianz Arts Foundation, Arts Foundation NRW and Paul Sacher Foundation. 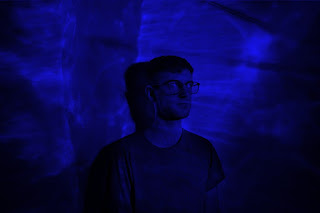 Doron Sadja is an American artist, composer and curator whose work explores modes of perception and the experience of sound, light, and space. Often using multichannel or motorized speaker systems and high intensity fog and light, Sadja crafts immersive performance and installation works that are both playful and transportive. Sadja has published music on 12k and Shinkoyo records, and has performed/exhibited at PS1 MoMa, Miami MOCA, D’amelio Terras Gallery, STEIM, Norberg Festival, Cleveland Museum of Art, and Issue Project Room amongst others.

Mexican-Dutch composer Juan Felipe Waller studied at the CIEM in Mexico City, Rotterdams Conservatorium and at IRCAM in Paris. His pieces have been widely performed in Europe, Mexico, Taiwan, Australia and the USA, His music often involves a ‘lens of deformation’ as an integrative ingredient, manifesting the maleability of sound by intertwining instruments, harmonies and pre-established sonorities. He also develops live performances with a self made a midi-ratchet triggering sound and video manipulation. His live improvisations are characterized by hybrid pulsations, and electronic detonations, and are mostly focused on accompanying film or performative acts. He currently uses hand made devices which are electronic circuitry sound devices which involve intuitive playing methods, resulting in a mutating range of organic rash clusters. 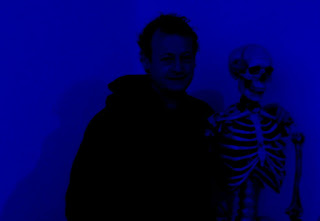