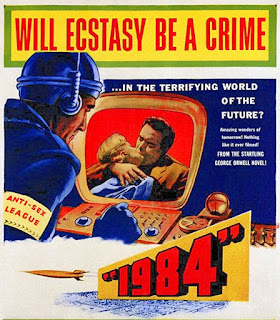 George Orwell wrote his visionary novel "1984" based on personal experiences with totalitarian systems. The 1956 film rendition appeared in the middle of the Cold War, not long after Orwell's death. His widow sold the film rights to a film agent without realising that the agent's employer was the CIA's culture department!

"Impossible to see for most of my life, the 1956 film version of George Orwell’s 1984 reveals a gritty noir sensibility combined with a cynical world view, unwittingly reinforcing Orwell’s very message. The text of 1984 has never rung more true than in our current times." 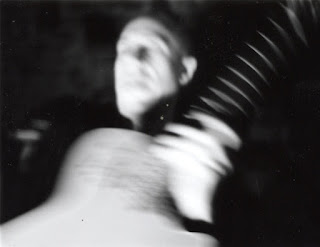 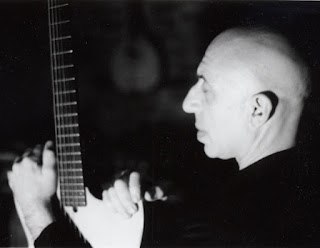 Elliott Sharp leads SysOrk, Orchestra Carbon, Terraplane, and Tectonics and pioneered the use of fractal geometry, chaos theory, and genetics in musical composition and interaction. Recent operas include Port Bou and Binibon and he is currently composing a new opera and installation for the 2018 Ruhr Trienalle. Sharp’s composition Storm Of the Eye appears on Hilary Hahn's Grammy-winning album In 27 Pieces. Recent festival appearances include Huddersfield, Darmstadt, Donaueschingen, Au Printemps, and Tomorrow Shenzhen. Sharp is the subject of the documentary film Doing The Don't and has been featured on the USA National Public Radio "All Thing's Considered". He was awarded the Berlin Prize; a Guggenheim Fellowship; and a fellowship from the Center for Transformative Media. In 2015, he was awarded the Jahrespreis from der Deutscher Schallplatten Kritiks for Terraplane:4AM Always. Collaborators include Ensemble Modern; pop singer Debbie Harry; blues legends Hubert Sumlin and Pops Staples; qawaali singer Nusrat Fateh Ali Khan; pianist and poet Cecil Taylor; multimedia artists Pierre Huyghe; and Bachir Attar, leader of the Master Musicians Of Jajouka.