"a new channel for unconventional artists"

AUXXX is a series of regular events at OT301 (Overtoom 301) in Amsterdam showcasing local and international artists. We are interested in booking and putting on events for people active in the following areas: installation art, improvised and composed music, writing, spoken word / rap, performance art, film / video, animation, electronics and new media, bands and djs. We are particularly interested in mixed bills where new combinations of approaches are encouraged. We aim to bring together artists whose work taps into a strong creative undercurrent running through many genres and scenes. We provide these artists and their audience with an open and flexible performance platform, as well as a vibrant meeting place. The name "Amsterdam Underkurrent XXX" reflects the city in which we are based, Amsterdam, a "floating city" built on water, historically renowned for its progressive outlook, a city of experiment and openness, an international port and meeting place where new ideas can emerge, many of which find expression through unconventional channels and hidden paths. By tapping into these (under)currents our events will open up new areas of dialogue and challenge existing notions of what it means to be xxxperimental - watch this blog!

Below is an overview of the first AUXXX series.

DUKE GARWOOD [London]
South London avant-bluesman Garwood brings his own special blend of spooky, atmospheric and abstract blues guitar to Amsterdam. Influences include Captain Beefheart, Tom Waits and Derek Bailey.
"It's music from the margins, but from the margins of several genres" - The Guardian

More surreal and tasty improv from the 'Bab... 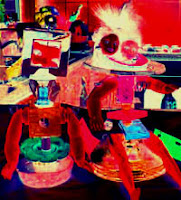 THE KLEBER CLAUX MEMORIAL SINGERS
The Kleber Claux Memorial Singers are an Australian duo featuring members of ninetynine, The Hatchetmen and The Diving Bell who play anarcho casio pop and analogue synth driven punk. With music designed to set the masses' hearts afire their performance includes keyboard pop versions of Crass, Subhumans and other anarcho classics...

*PARAPHERNALIA*
karaokecore cabaret*_ by sister0 [ex=toydeath]
Mutant dolls & curiosa embedded with hacked gamepads, played like instruments to divine samples and modify vocals that sound like radio transmissions coming from as far off as tasmania...

USER>
Hailing from the gothic isle of Tasmania, USER is a sound project by Australian artist Scot Cotterell which he describes as having a sound which ranges from sublime atmospherics to stoner doom on a broken tape machine...

PAUL GLAZIER
'Dorothy Squeezed'
To make the "OZ" theme complete Paul Glazier will present a new version of his film "Yellow Brick Road Works". The material for this work, both audio and visual, was all drawn from the classic 1939 film "The Wizard of Oz". In 'Dorothy Squeezed' Paul improvises live electronic music with samples from both the "Wizard" and the "Road Works" squeezing the original 98 minute video into a frenetic 30 minute trip...

AXIX OF WEEVIL [UK/US]
"Inauguration of the Pleasure Dome" [live soundtrack]
Tom Bugs, Alfredo Genovesi and Mark Morse play a combination of love-electronics, electric-guitars, feedback, samplers and BugBrand weevils in a mind shattering live soundtrack to Kenneth Anger's "Inauguration of the Pleasure Dome" which "details the shifts in consciousness undergone by guests at an occult Eucharist at the house of Lord Shiva, the Magician".

MARIE CELESTE [NL]
An indie-sleaze experience with a noisy and grungy edge!

CLOUDLAND CANYON
a transatlantic duo consisting of Kip Uhlhorn (Hamburg) and Simon Wojan (Brooklyn) playing music with a "far out krautrock vibe, like some classic long-lost, extra-damaged super freaked out 60s or 70s psychedelia, but filtered through modern technology."

DANNY O'REALLY and the AMPS of LOVE
for guitar and amp fetishists – a theatrical ritual of rock'n'roll worship at the altar of
feedback with members of Plastered and Harakiri Sisters - an Anglo-Serbian-Japanese celebration from Mars! 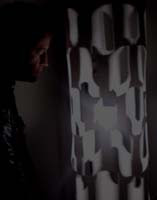 Dutch pianist Oscar Jan Hoogland leads a large group of music students from Amsterdam, Den Haag and Utrecht conservatories in a program of game based music. Composers include Gyorgy Kurtag, Matt Lewis, Dick Raaymakers and John Zorn. With composer and guitarist Matt Lewis from London as a special guest.

JAMES FULKERSON and members of the BARTON WORKSHOP
a marathon of experimental music, premieres and improvisations 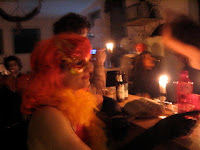 NIGHT OF THE WAXWORKS
performance and installation 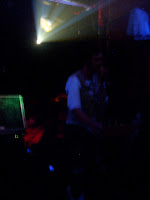 "The Hunt for the Herring King" (Jakten pa sildakongen)
Film editied by Toft, Gjerde and Iversen. Music by Sindre Bjerga 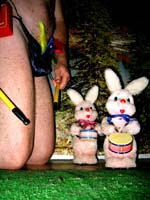 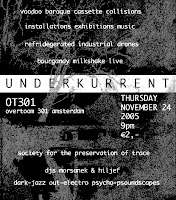 SOCIETY FOR THE PRESERVATION OF TRACE
a poster/book-cover exhibition

"Hailing from Nigeria" - a series of public service announcements regarding religious and sexual practices.

AUXXX will continue to program events at Overtoom 301 during 2007, presenting programs of music and dance, film with live soundtracks and spoken word / rap and hip hop. The nights we organise will feature a wide a range of radical and new work followed by an Auxxx Disco where resident and guest djs will play underground music for late night dancing! Through these endeavours we will be making a positive and unusual contribution to the growing arts scene in Amsterdam and bringing a very broad audience to Overtoom 301.

at September 20, 2007
Email ThisBlogThis!Share to TwitterShare to FacebookShare to Pinterest