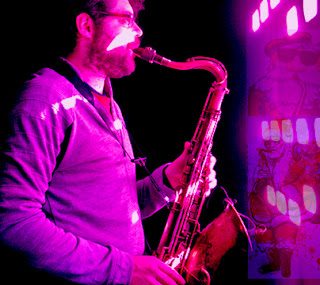 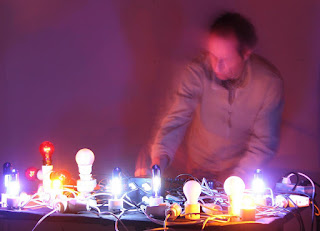 An audio-visual performance using sounds that are generated by different light bulbs and actuating electric devices, appearing at auxxx for the second time! The use of different controllers such as switches, dimmers, relays, flashers and various others leads to changes in the light and the current flow. This is made audible by a range of microphones and pick-ups. In addition, fine mechanical sounds occurring inside the light controllers are amplified and integrated into the music. The changes in the light intensity, the incandescence of the filaments and the rhythmic variety of the flickering and pulsing lights is directly transformed into a comprehensive and microcosmic electro-acoustic world of sound. 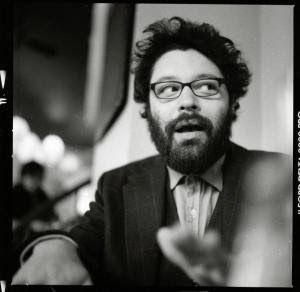 André Vida is a saxophonist, lyricist and composer. In 1995 Vida moved to NYC and cofounded the CTIA with Brandon Evans. His musical language is informed by an awareness of the human body and its limits. In a collaboration with Anri Sala at The Serpentine Gallery, Vida was scheduled to perform over 400 concerts over the course of 51 days from October 1 to November 20 2011. He has collaborated with Anthony Braxton, Jamie Lidell, MV & EE, Anaïs Croze, Kevin Blechdom, Oni Ayhun, Tim Exile, Anri Sala, James Tenney, David Rosenboom, Sonny Simmons, Cecil Taylor, Lee Ranaldo, Heatsick, Jim O'Rourke, Dean Roberts, Tony Buck, Hildur Gudnadottir, Jimmy Edgar, Chilly Gonzales, Mocky, Tyshawn Sorey, Susie Ibarra, Guillermo E. Brown and many others. 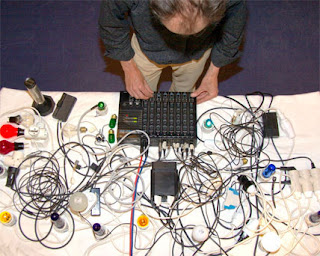 Michael Vorfeld, musician and visual artist, based in Berlin, plays percussion and self designed stringed instruments and realises electro-acoustic sound pieces. He works in the field of experimental, improvised music and sound art and is often involved in site-specific art projects. He realises installations and performances with light, works with photography and film. Besides his solo activities he is a member of various ensembles and collaborates with artists from different art forms. His list of activities includes numerous concerts, performances and exhibitions in Europe, America, Asia and Australia.