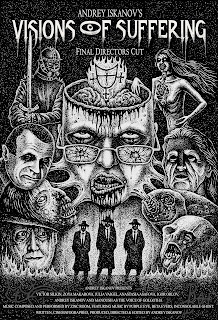 Andrey Iskanov's epic masterpiece "Visions of Suffering:Final Diretors Cut" will be screened for the first time in Germany as part of the Cinesthesia Screen Concert series. Not for the faint hearted and for viewers over the age of 18 only!

22:15 - DISCUSSION - Jörg Buttgereit and Zsolt Sőrés - a public discussion about sound design in horror films with special reference to the work of Andrey Iskanov. 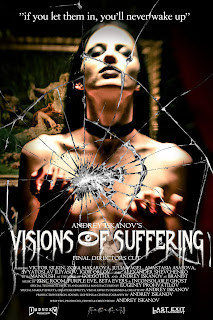 Sasha is obsessed with death, necrophilia and decaying human bodies. In an otherworldly forest he disturbs a demonic shaman which makes the line between our world and the demon realm shift. At night the situation spirals out of control, becoming lethal when daytime is smashed, throwing the world into an eternal night of horrors. To save himself Sasha ventures into a world without shapes, inhabited by tormenting vampires and seductive demons lurking in every shadow bringing death and annihilation in their path. After years of reshoots, painstaking reediting, and reshuffling of the narrative, the true nightmare vision Iskanov always wanted the movie to be is here: Visions of Suffering – Final Directors Cut!

“A feast for the senses”
Richard Taylor, Twisted Minds

“Grotesque scenes of necrophilia and other underground film atrocities for the fans of the darkest of obscure cinema”
Steven Paul, Beneath The Underground

“9/10, Blew me away with the visuals, and the music and the madness of it all”
Jasmine & Sarah, Bitches of Horror

"Visions of Suffering" will also be screened on Friday 12 October at 22:15 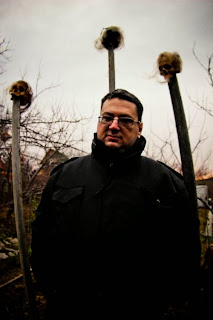 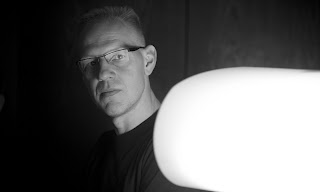 Jörg Buttgereit, born 1963 in Berlin, has been called a Trash Poet, Punk Surrealist and Underground Icon by the international press. He is the director and author of arthouse-horror-movies, TV-documentarys, stageplays and radio dramas. He also works as a film journalist and writes comic books. 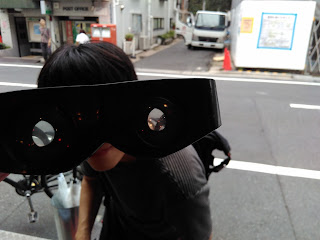 Among Japan’s most prolific, active and adventurous filmmakers, Makino Takashi is known for hallucinatory, non-linear films that harness techniques from the twin media of film and video, treating both image and sound with equal importance. “Makino Takashi’s immersive live media experiences are a transcendence into ‘physical unconsciousness.’ Hallucinatory and experiential, Takashi creates abstract cinematic worlds immersing the viewer like a grain of emulsion free falling in the corporeality of image forming materials” (Unconscious Archives, London). Often described as being at the forefront of Japanese experimental filmmaking, Takashi himself generally shies from the term “experimental.” Rather, his influences include the multiple exposure techniques of 1920s French Surrealist films and a near-death experience at the age of five during which he envisioned “a place filled with lights more brilliant than any image I had ever seen.” Takashi’s work evolves as he attempts to find the ideal film, "an unshaped, organic, lump-like film that links with the consciousness and mental state of the viewers... and never ceases to change." 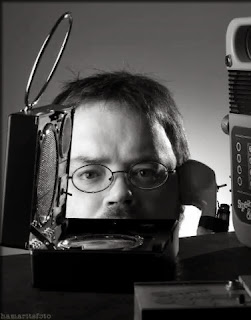 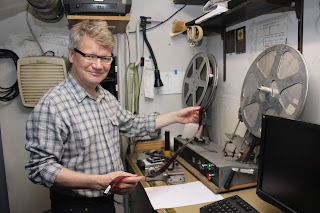 Claus Löser was born in Karl-Marx-Stadt (now Chemnitz) in 1962. As a writer and Super-8 filmmaker, he was very closely connected to the art scene there in the 1980’s. In 1983, he co-founded the music improvisation group Die Gehirne (The Brains), of which he has since been a member. Since 1990, Löser has been the programmer at the arthouse cinema Brotfabrik in Berlin-Prenzlauer Berg; since 1992, he has also worked as a curator, freelance journalist, and film historian. He studied media and dramaturgy at the Academy for Film and Television in Potsdam-Babelsberg from 1990-1995. In 1996, he co-founded Ex.Oriente.Lux, an archive devoted to East German underground and experimental films, and he co-published the book Counter-Images: Film Subversion in the GDR 1976-1989 [Gegenbilder - Filmische Subversion in der DDR 1976-1989] with Karin Fritsche. 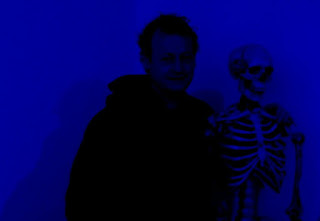 Hilary Jeffery is a composer, trombonist and founder of the AUXXX series. 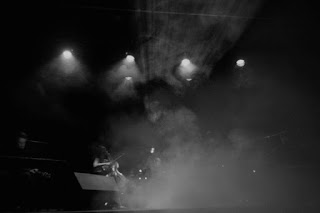 tapping into signals from beyond, broadcasting into haunted cinemas...

Inconsolable Ghost is an occult audio-visual group produced by Hilary Jeffery and Gideon Kiers, former members of The Kilimanjaro Darkjazz Ensemble and The Mount Fuji Doomjazz Corporation. Conjuring up a twenty-first century vision of spiritism and occupying a similarly spooky territory as Kilimanjaro / Fuji, this project works with several well known artists who are conceived as channellers of energies, atmospheres, ghosts, spirits, thought forms and other entities. A new cassette "Sokolowsko Channelling" has just been released on Fourth Dimension Records. 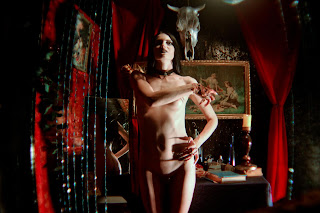